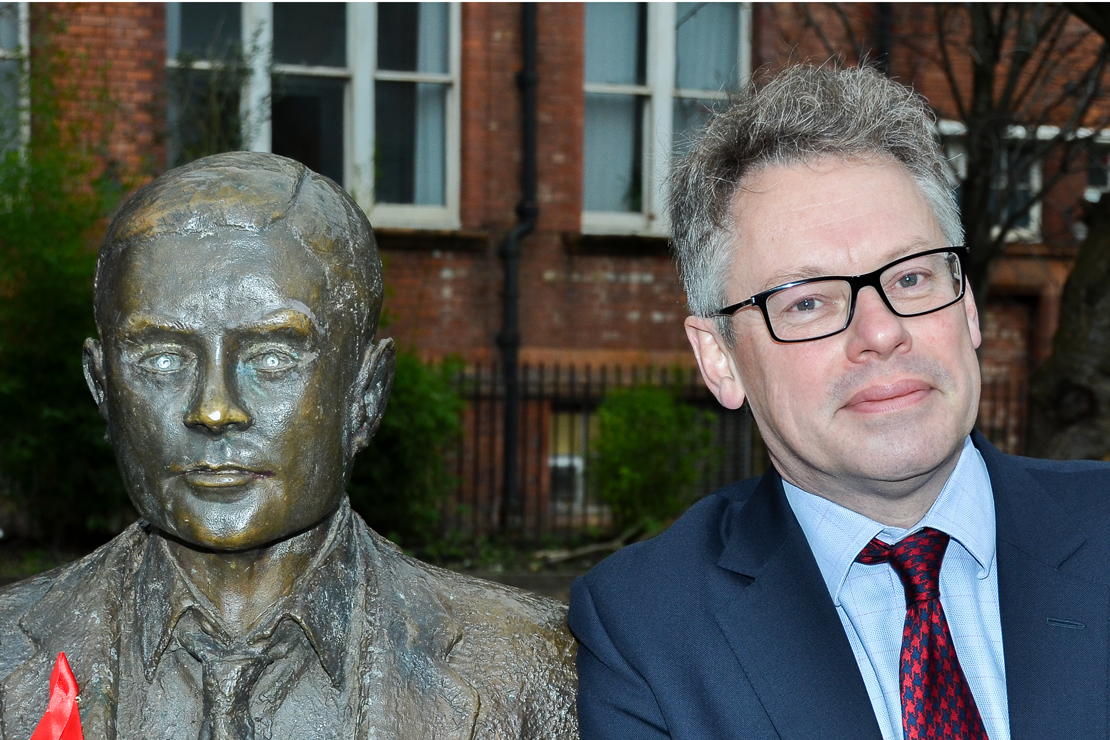 Dermot Turing with the statue of his uncle, Alan Turing, in Manchester

Dermot Turing – like his celebrated uncle Alan Turing – was educated at Sherborne School and King’s College, Cambridge. After doing a D.Phil in Genetics at Oxford, he concluded that scientific research was not for him, and moved into the legal profession. 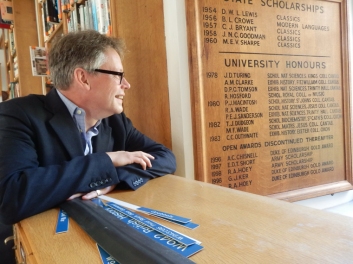 Dermot finds his name on the honours board at Sherborne School

Bodley’s Court, Kings College, Cambridge
Dermot worked for the Government Legal Service and then the international law firm Clifford Chance, where he was a partner until 2014. His specialism was financial sector regulation, particularly the problems associated with failed banks, and financial market infrastructure. Find out more here.

As well as writing and speaking, Dermot is currently a trustee of the Turing Trust.  He is the Bletchley Park Visiting Fellow at Kellogg College, Oxford. He continues his interest in the financial world.

Dermot lives in St Albans in Hertfordshire. He is married with two sons, and as well as history his interests include cooking, gardening and opera.